Chronicles of the Covile’s typography

Technical information for bibliophiles and lovers of classic typography.

Together with the magazine, the Covile's typography is born. It immediately decides to use free software and adopts for the texts the Fell Types, cut by Peter De Walpergen (1646-1703) ​and digitized by Igino Marini.

For the masthead, we use fonts and ornaments designed by William Morris for his Kelmscott Press between 1890 and 1896 ​and digitized by Dieter Steffmann with his Morris Roman and by Tom Wallace with his Morris Ornaments. Other typefaces used are listed in the Ragguaglio. 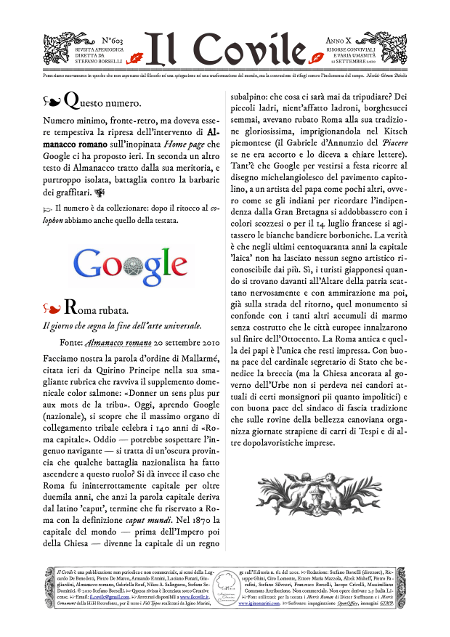 Special bilingual (English-Italian) issue 609 of the journal summarizes our theoretical typographic foundations. It will be reprinted in January 2015 as № 834. 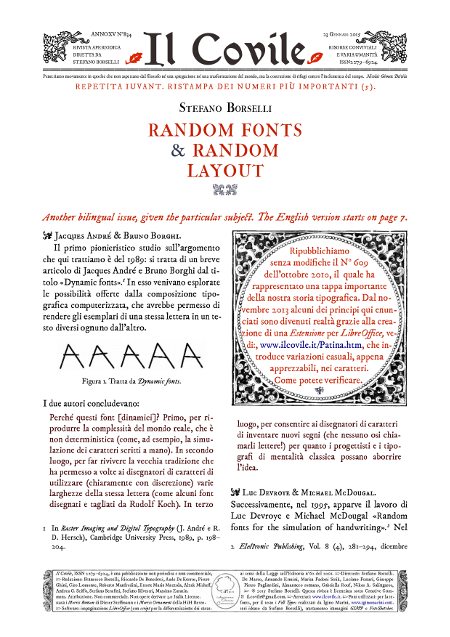 In defense of the Italian language, the editorial staff defines its own Criteria for the drafting of texts.

We give advices for the printing on paper of annuals and texts. 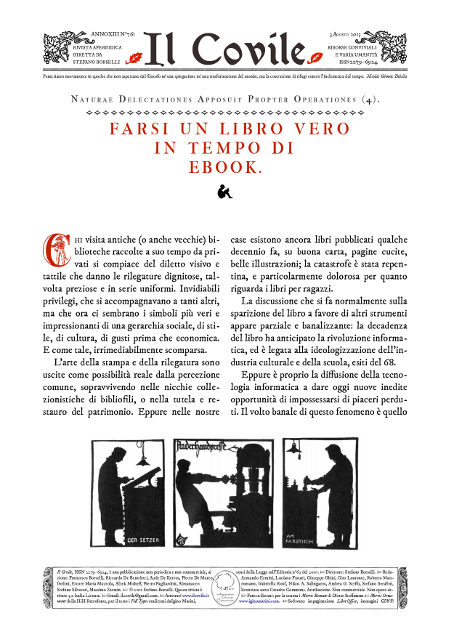 In order to make printing even more natural (for theoretical background see № 834), a program for LibreOffice (the application used for page layout) is prepared which introduces small random variations, barely noticeable, in the repeated characters.

Characters from Hypnerotomachia Poliphili, (Aldo Manuzio publisher, Venice 1499) considered by bibliophiles perhaps the most beautiful of incunabula. ​Note how each character, while maintaining the form, is different.
eeeeeeee
Modern standard characters.
Identical.

Characters of the Covile editions.
Differentiated.

Daisies in a meadow.
Different, while maintaining the form.

In a numbered edition of one hundred copies immediately sold out, the first book of the Covile is released: The Little Creation, by Konrad Weiss. The format is 10x15cm. 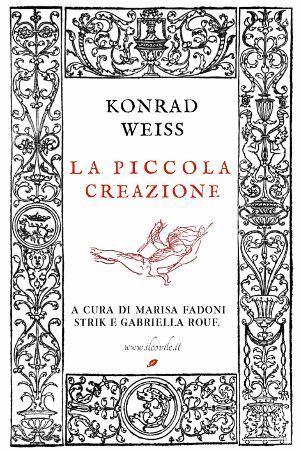 Edizioni Settecolori releases a series di libri, of books, normally in commerce and under Creative Common license, edited by the Covile. 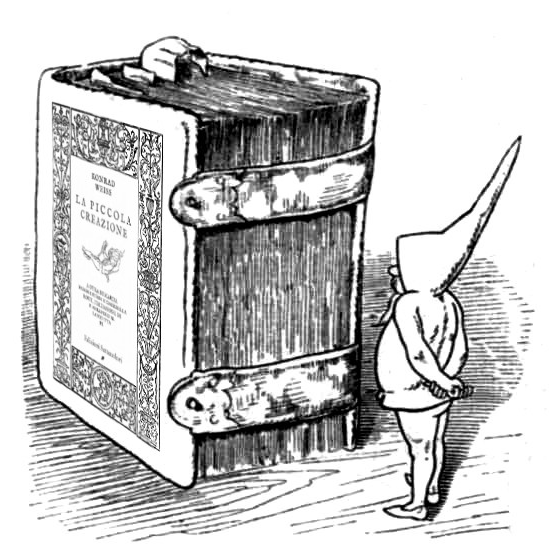 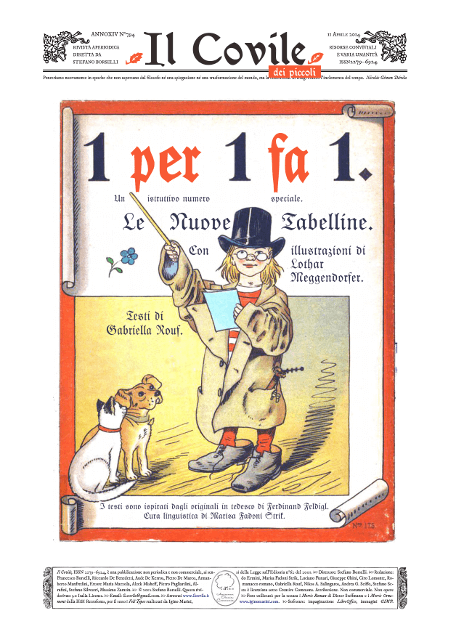 The font differentiation technique, in use for our editions for more than two years, is released in the public domain in the form of an Extension for LibreOffice, called «Patina».

In the series «I sei pollici» (The six inches) the book La pagina fiorita (The flowered page) is published, which collects all our texts on typographic subjects. 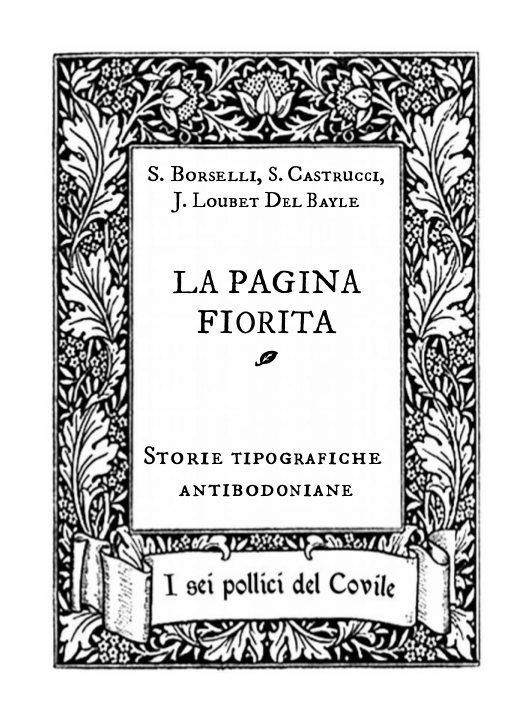